The Covid 19 pandemic continues to fuel real estate sales in Marin County. December numbers are in, and they are amazingly, even higher than the last three months.

There were 289 recorded sales in December, vs. 199 in December of last year. That is an increase of 45%! Besides people trying to get out of the city, a relatively dry December did not hurt either. It was still hard to see homes – but the lack of rain makes it easier, and homes look better when it is sunny.

Days on market decreased 35%, from 70 to 45. It takes longer now to get buyers through a home, but high demand is making faster decisions.

And not surprisingly, this demand lead to further price increases. Median sale price for the month went up 18.8%,  from $1,185,000 to $1,315,000 in December 2020. The median is the number that separates the lower half from the higher half in a range of numbers, so it  is slightly different than the average. Because of the number of higher priced listings in Marin, the average sold price is even higher than the median – in December it was $1,315,000, a 14.7 % increase. 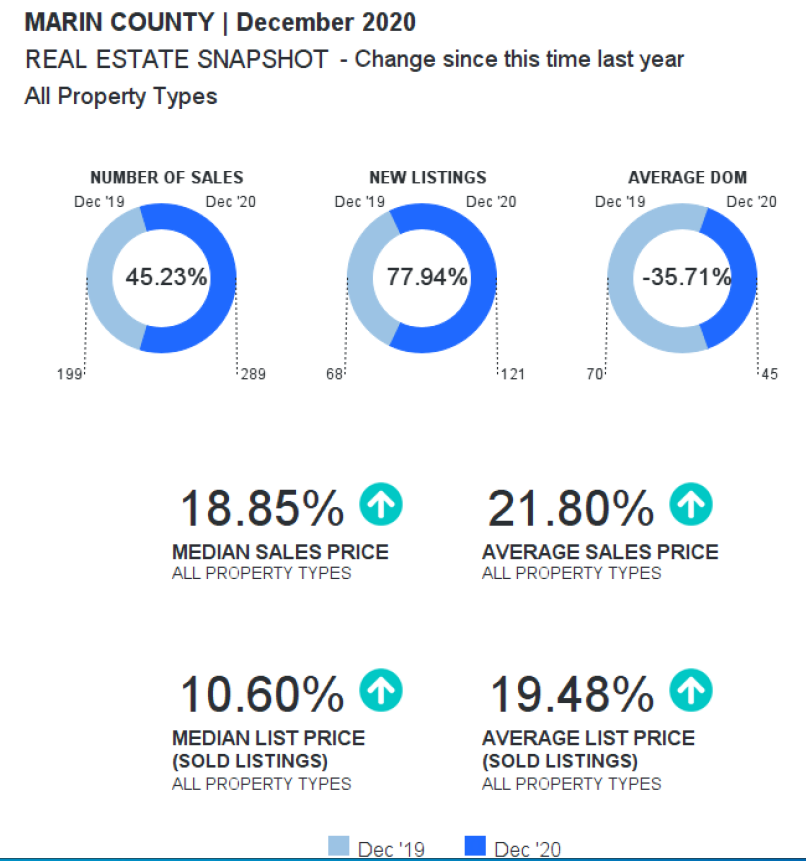 The quarterly numbers are also in, and are also pretty dramatic. They are also very strong, reflecting the huge upswing in demand we have see in the second half of 2020. Total sales are up 35%, and median sale price up 14%. 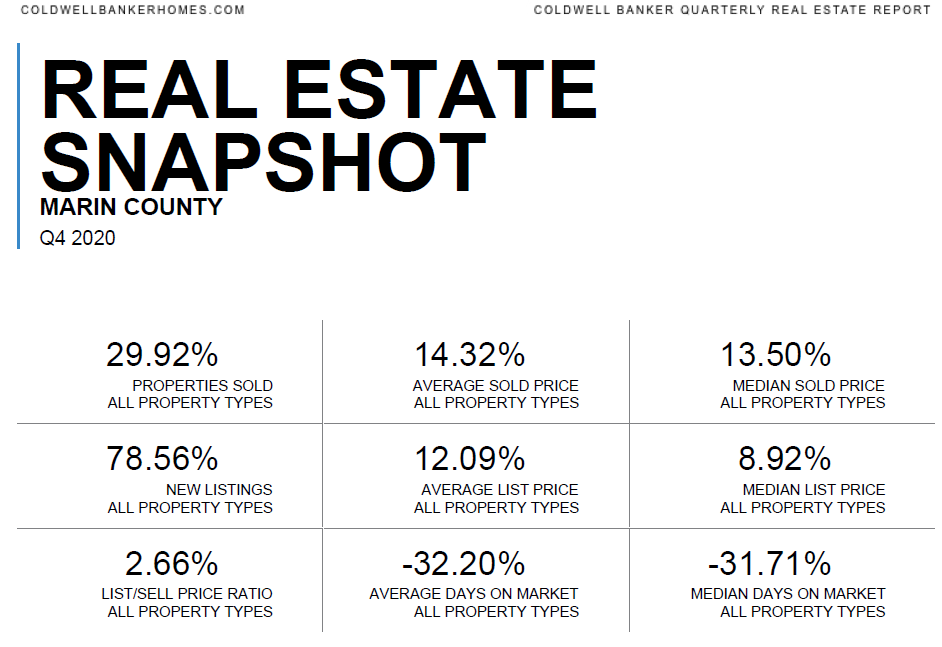 And as if this rise needed further fuel, this hit the news last week: The average rate for the 30-year fixed-rate mortgage fell to 2.65 percent for the week ending January 7, the lowest number ever recorded by Freddie Mac since the government-sponsored enterprise began tracking weekly rate fluctuations in 1971.  Of course, that was followed up by a bump up in interest rates Friday! It is hard to keep up….

Stay tuned, inventory is very low in Marin right now, so unless there is some cataclysmic change, we expect further increases in January in sale price, but the lack of inventory may hold back sales increases.