Market Opening Up Like A Good Bottle Of Wine. 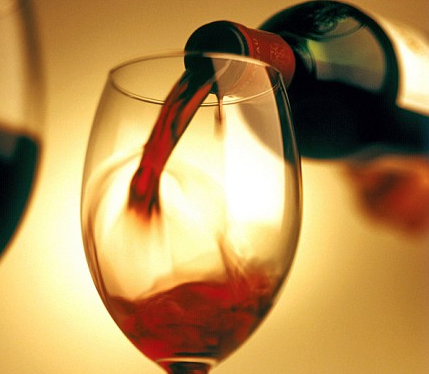 If you are trying to buy a home in Marin, you no doubt already know that all good things (like wine) take time, but take heart. Inventory is building as we approach the full Spring market, although still more slowly than most buyers and their agents would like.

We are still in a Sellers’ market. There are now only 636 homes for sale throughout Marin, and 46% of those homes are already in contract. A big part of what is going on is that homes are getting snapped up very quickly, so even though homes are coming on the market, they aren’t around very long. Cash buyers will often close in 14 days or less, and a number of lenders are now promoting 25 day closes, even with a jumbo mortgage. That kind of speed was unheard of a few years ago from the banks.

And it shows in the market. For sold homes in the last 30 days, the median number of days on market is 31. That is an amazing number. It means that half sold in more than 31 days, but half sold in less!

Most homes coming on now in the strongest areas are looking at offers about a week after coming on market. They go through one brokers open, one Sunday open, give people a day or two to think about it, and then let buyers submit. Its a pretty good strategy in this market, one that we often employ for our listings.

Pricing, in general, continues its upward march, although a little more slowly than what we saw last year. But the homes most in demand are still getting lots and lots of attention. Last week 424 William, a small, older home on a 5600 square foot lot in Larkspur in largely original condition, priced at $695,000, issued 39 disclosure packets! They received 12 offers, most likely going to an all cash buyer. That type of activity is unusual, but indicative of the extent to which buyers will go to get into the right home.

We help buyers adjust and adapt to changing conditions. For example, we have recently made a major change in how we counsel buyers about backup offers. In the past, we have typically advised buyers not to get into what is called backup position. That means you did not get the house, usually because you offered less, but your contract will be ratified for backup. If the primary buyer falls out, your contract automatically becomes live.

We have avoided it before because as a listing agent, we use backup offers as a stick to keep the primary buyer performing, usually pretty successfully. “Uh, yes, Mr. Buyer, you want how much for that deck repair? Well, just so you know the backup buyer has already signed off on it! If you have changed your mind and don’t want the house, we can go back to them?”

But different times call for different tactics, and if offered, we now advise buyers to take the backup position. Part of it is because it is so difficult to get a contract accepted right now. But there has been a real phenomenon which has surfaced in this market: the occasional whopping good case of buyers’ remorse!

It works like this: The buyer finds out their offer was accepted, even though there were 12 others. Joy! Elation! Champagne! We have a house!

Then occasionally, they wake up the next day, look themselves in the mirror and say, “I just paid more than 24 other people offered for this house? I won? Am I crazy? Get me out now!”

And just like that, the backup offer becomes live. So do it if you get the chance. It’s a long shot, but you never know.

If you hate the multiple-offer circus, be sure to watch your inbox not just for new listings, but for price reductions. If a change in price puts a home in your range, you may be in luck. We think you will be seeing more of these coming soon. There is some extremely aggressive pricing out there right now, and even in this market, buyers look at comps and won’t just pay anything for a home. If the home sits on the market, buyers lose interest, and then the seller often has to reduce.

When the home hits the real market value (sometimes on the first reduction, sometimes not), a savvy buyer has the chance to purchase the home by moving quickly and buying it in a non-competitive situation. Much less stressful than waiting for a phone call at 10 pm to see if your offer, one of several, is even being considered for a counter offer. And that’s where we get back to that nice glass of wine, a good night’s sleep, and another new listing or two tomorrow!